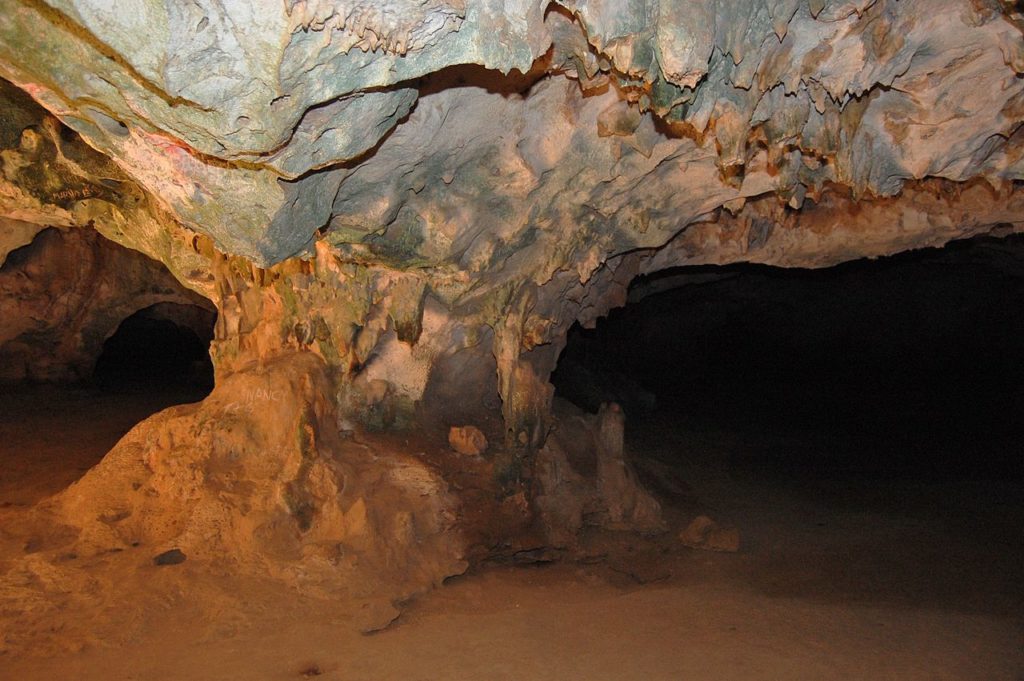 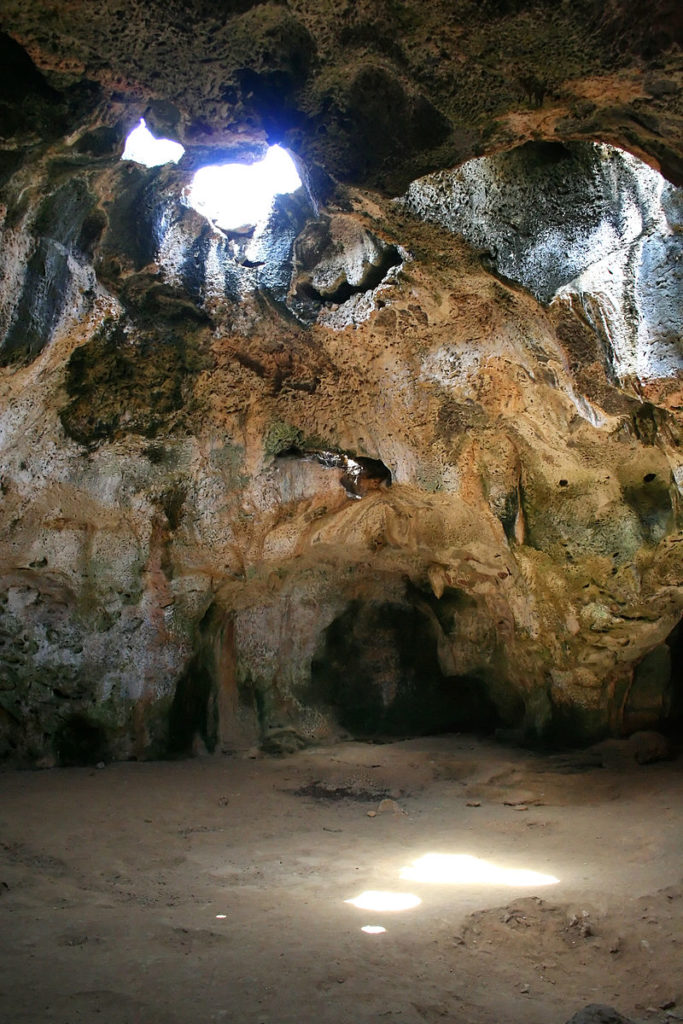 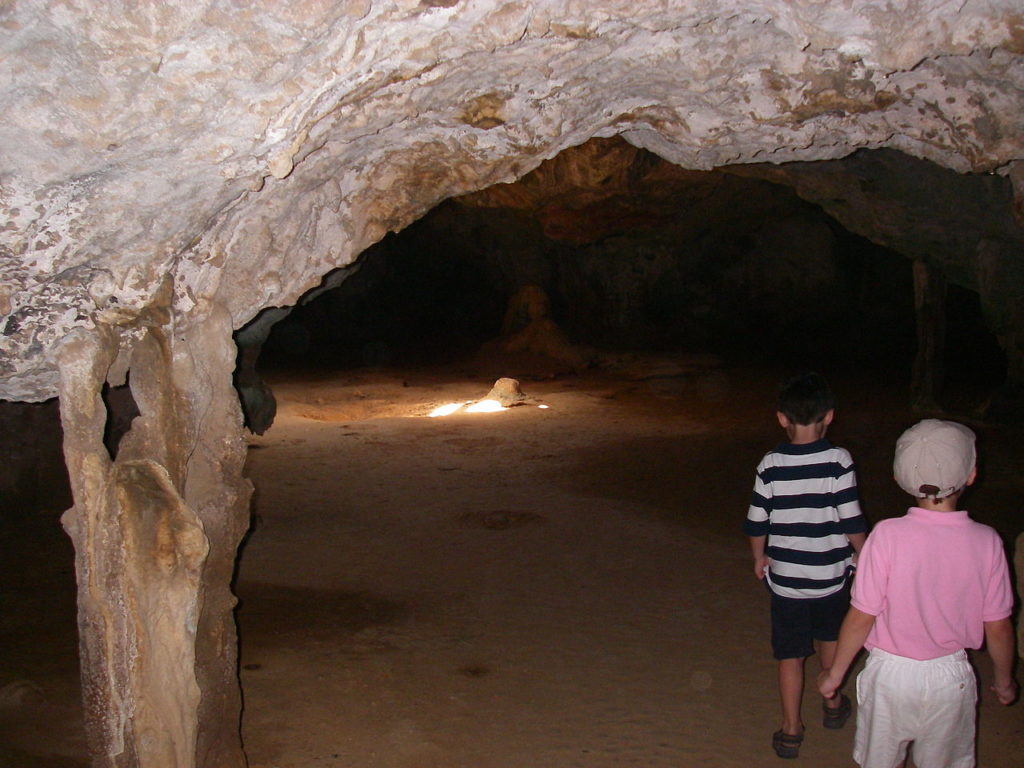 Of the several caves of Aruba, three Aruban caves are well known, seen in deep crevices on the windward face of the island.

All three of the caves are located in the Arikok National Park. The most prominent are Guadirikiri Cave, the Fontein Cave and the Huliba Cave. Nocturnal bats nestle in all these caves.

The Guadirikiri Cave (also known as “Quadiriki Caves”) is notable for its two large dome-shaped chambers which are illuminated with sunlight through holes in the ceiling. Entry to the cave is at the base of the cliff. This 492-foot (150 m) long cave is also a nesting site for numerous small nocturnal bats, which are harmless. In order to preserve the natural habitat of the cave for the bats to breed, one of the caves is barred for visitors.

A somewhat dubious folk tale relates to a daughter of an Indian chief who fell in love and was imprisoned in the cave as her paramour was not acceptable to her father. Her beloved one was imprisoned nearby, in Huliba Cave (Tunnel of Love), but both lovers managed to meet underground. Both reportedly died in the cave and their spirit vanished into heaven through the holes in the roof of the cave.

When going, you should definitely bring a flashlight. Definitely worth a visit. You climb some steps to get into the cave. There are no guides inside, and the only light is from overhead openings, so a flashlight really helps.

The entrance is quite steep and uneven, and the access between the caves is dark and uneven as well. Wear good sneakers or steady footwear when you visit.