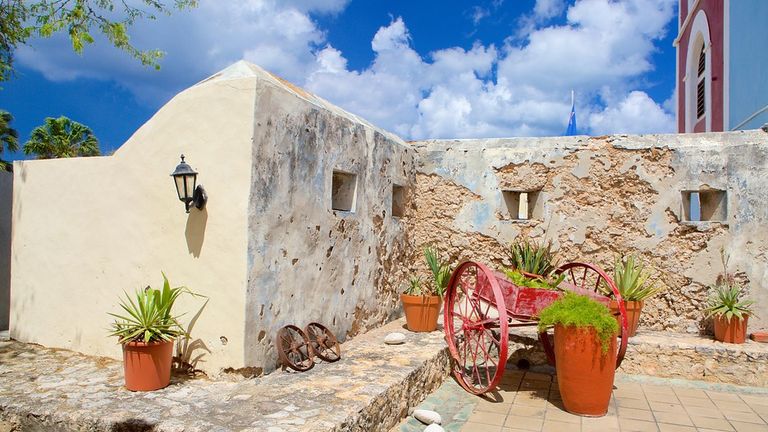 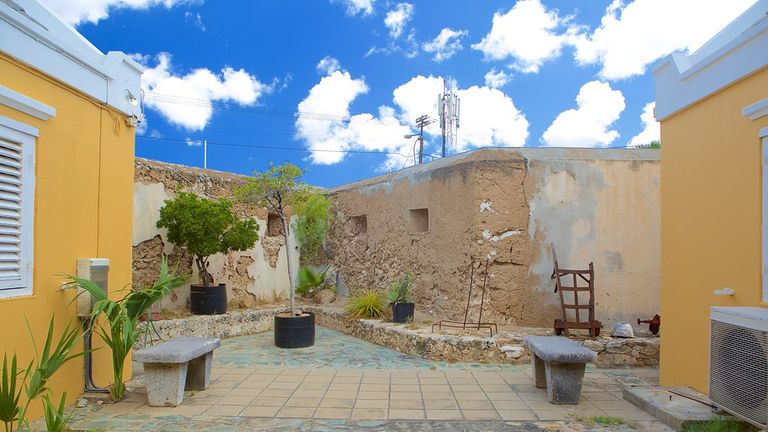 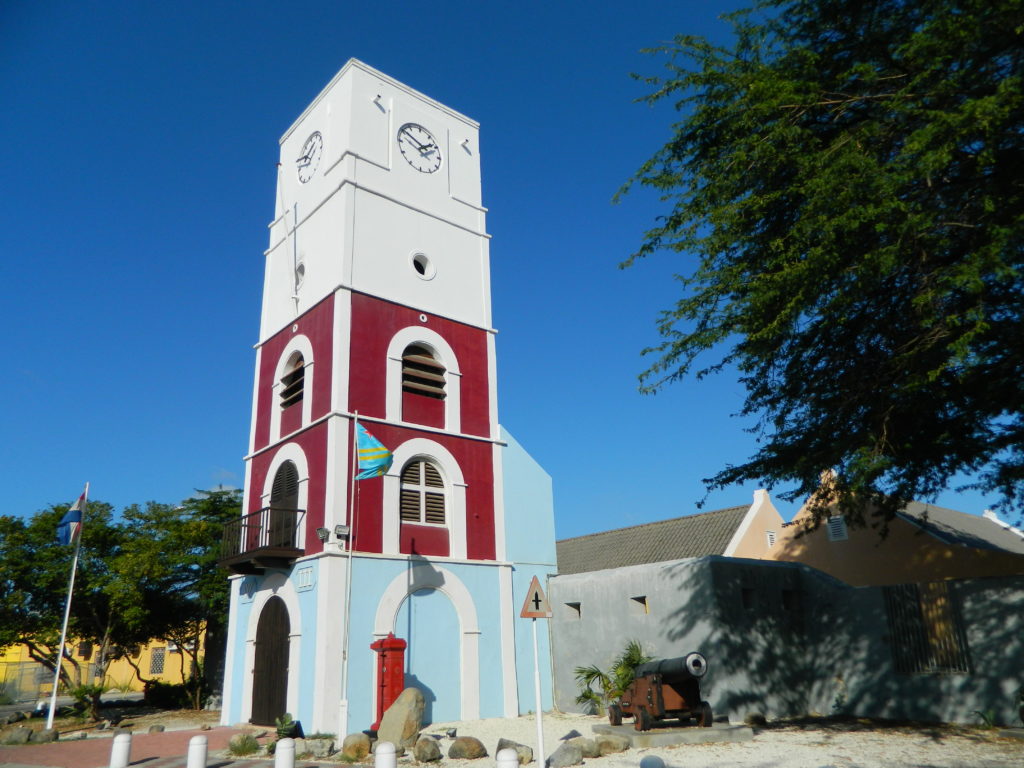 Fort Zoutman is the oldest remaining building in Oranjestad, built in 1796 for coast line protection.

Once inside Fort Zoutman, you’re bound to feel the history seeping through the walls while enjoying the historic collection of documents and developments from the past.

The Fort Zoutman Historical Museum is where many of our guests get their first exposures to Aruba’s past. Each Tuesday night everyone is invited to Fort Zoutman for our island’s Welcome Party or as we call it, the Bon Bini Festival from 6:30 – 8:30 pm, celebrating the island’s culture and history.
The fort, named after Dutch Rear Admiral Johan Arnold Zoutman who never stepped foot on Aruba but defeated the English in the North Sea, was completed in 1798 after a 2-year construction process.

The Willem III Tower next to the fort, marking its original entrance, was built in 1868 and served as both a lighthouse and public clock tower. After 95 years, the light in the tower was extinguished in 1963.

The fort and tower underwent restoration work from 1974 to 1980. On September 15, 1983, the facility was re-opened as the Historical Museum of Aruba. The Fundacion Museo Arubano (English: Aruban Museum Foundation) has administered the museum since March 16, 1992.

We last heard it costs $5 Per person to enter.

It is open to the public from 9:00 a.m. to 6:00 p.m. on weekdays and on Saturdays from 10:00 a.m. to 6:00 p.m. Exhibits cover the early history and development of Aruba during the beginning of the twentieth century. Group visits and walking city tours are accommodated by multilingual guides. The Bon Bini Festival is held at the fort every Tuesday at 7:00 p.m. to 8:30 p.m.